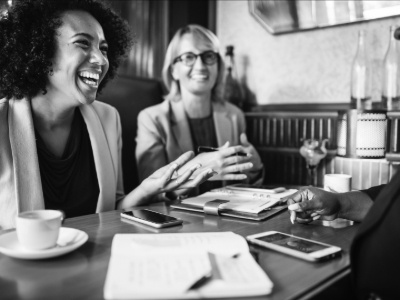 While women make up over half the workforce, they only hold 20% of jobs in technology. Not to mention, 2018’s Fortune 500 companies have only 24 female CEOs, and that number is soon dropping to 23 with the recent announcement of Indra Nooyi’s resignation as CEO of PepsiCo. This means that just under 5% are led by women. 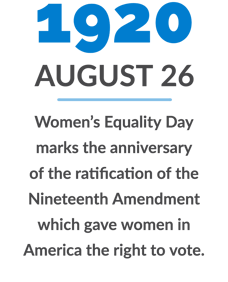 Not only do many cite that women-led teams create more opportunities for mentorship and career advancement for other women, but they enhance profitability as well. New data from the Peterson Institute for International Economics and EY shows that having at least 30% of women in leadership positions in the C-suite adds 6% to net profit margin.

Here at AnswerLab, we’re proud to have a woman as our Founder and CEO, Amy Buckner Chowdhry, and we strive to create a supportive and inclusive work environment that reflects our diverse set of voices. That’s why for this Women’s Equality Day, we decided to put a spotlight on women-led businesses and what sets them apart.

We asked some of our team members about their experiences with women in leadership and how that affects company culture and team dynamics. Here’s what they said.

In your experience, what are some of the benefits of working at a woman-led company? How do you feel it influences the workplace and culture at AnswerLab?

Kyle Kubas, UX Strategist: “I feel very comforted by the fact that what I say here is never taken through a traditional “women in business” lens. I have never felt like my thoughts haven’t been taken seriously, and there really is this standard at AnswerLab that everyone truly is on equal footing. Even more, so many men come to our organization because we are female forward, and that creates a culture that’s not just great for women, but also men.”

Gus Cruzalegui, Senior UX Researcher: “I can only imagine that anyone who has had to struggle as much as women have in this country to get equal recognition is better equipped to recognize when inclusiveness is necessary. Women who bring that with them to leadership roles also bring a broader vision of inclusiveness that isn’t just gender, and I think AnswerLab reflects that broader description of inclusiveness. We have people who come from diverse backgrounds, with a broad range of experiences, a range of ages and years in research practice, and different areas of interest. This diversity also allows us to rely on each other's area of expertise when trying to get things done"

Chris Geison, Senior UX Researcher: “I have had a theory for some time now that people from groups that have historically not had easy access to power hold power differently. I don't know if it’s that they don't take it for granted or that they recognize they’re serving as an example for others, but they just seem to hold it differently. At AnswerLab, that means a company where I think we all try to follow the example of taking work seriously but not ourselves, of recognizing our limitations and working with others who have complementary strengths, or having firmly-held opinions but listening more than we dictate."

Can you share a time or example where this stood out to you?

Megan Sauter, Research Manager: “When I decided to start a family, I was extremely nervous to reveal my pregnancy. We were going into a reorg at the time, so I was scared that by taking time off, I would get left behind. But I did not. I actually have more responsibility now than I did before. Being a working mom, I’ve realized that there is so much in the working world that is not traditionally optimized for us. But at AnswerLab, I’ve been given the flexibility and understanding to take care of my daughter and be successful in my job.”

Chris Geison, Senior UX Researcher: “I actually have the same example at AnswerLab and a prior company, both woman-led. I was asked for my opinion by the leader of our organization and said something negative and not constructive. I just kind of blurted it out. And both responded to my impertinence  not by relying on their role power and shutting me down, but by coming from a place of curiosity and asking me to explain my opinion. In both cases, this just made me admire them more and led to conversations I found fruitful, and hopefully, they did too. Both of those companies were places I felt most comfortable to be myself and be open about my thoughts.”

Christina Uy, Director of UX Strategy: “Very early on in my career, I remember witnessing a woman get hired for a large account we had just won. She unexpectedly got pregnant and was let go. Because of that, I learned that when you were interviewing for new jobs, you couldn’t ask about their maternity leave policy because it was seen as a strike against you. When I was interviewing at AnswerLab, I was so pleasantly surprised when they prominently said, ‘We care about women. We care about families. You can be a mom here and it won’t count against you at all.’ It’s something to be celebrated, not seen as a detriment.”

What does Women's Equality Day mean to you?

Kyle Kubas, UX Strategist: “Women’s equality day is a reminder that even though we’ve come very far, there’s still a long way to go, particularly around economic opportunity and representation in technology. There is so much more space for progress, and people like Amy are important to that progress.”

Christina Uy, Director of UX Strategy: “It’s something that gives me hope. Just the fact that Women’s Equality Day exists and we can talk about it, that it’s not taboo, and we can acknowledge it as a culture and as an industry, gives me so much hope.”

Megan Sauter, Research Manager: “For me, Women’s Equality Day means continuing to support and advocate for all women and women of color in positions of leadership, because in the end, representation matters. With women leaders, we're going to continue to build organizations that benefit everyone.”

Katie is a Content Marketing Manager at AnswerLab, where she supports content development and manages social media strategy. More about Katie→

Explore All
Explore All
New Resource: Diverse, Equitable, and Inclusive User Research: A Framework for Today and Tomorrow

Inclusive research is a critical part of every UX research program, from ensuring a diverse recruit in every study to co...

Summer days are longer, we have more downtime, and our thoughts have turned to our neglected reading lists. So we asked ...

In July, our CEO and Founder, Amy Buckner Chowdhry traveled to RISE in Hong Kong to speak about voice marketing, custome...