Why Aren’t We Retaining Customers? How Can UX Help?

AnswerLab had the chance to work with a digital content service. At the time, the service had more than 2 million users and a subscription model with a free-trial offering. As you might imagine, it was critical to the health of their business to minimize drop off and improve conversion rate from the free trial.

What was the retention rate red flag?

Their data showed that many customers were abandoning the service, especially right after the free trial. This client needed to understand why people didn’t like the service enough to become long term customers.

What were the hypotheses about customer retention?

The client believed they had a usability problem on their hands. They asked us to build a research solution to identify the issues in order to improve the initial product experience and reduce new user churn.

What UX research approach could answer the retention question?

Our team felt that a number of factors could be causing churn and that it was premature to assume usability was the source of the problem. And, we knew that if we applied a usability study methodology to this research challenge, we’d likely find usability issues but fixing them might not solve the real problem. So, we developed a multi-method approach to triangulate issues and get to the bottom of the churn question. We conducted a diary study to understand new users’ initial experience with the service in their natural environment over the period of the free trial, followed by in-depth interviews. We also conducted online focus groups among former, new, & loyal subscribers to get insights into factors affecting churn among other groups. This would help us understand comparisons in their experience.

It turned out that the subscription churn had nothing to do with the usability, features, or the product. It had everything to do with customers’ research patterns. People who churned actually considered themselves “intermittent” users of the service. They enjoyed the service, but they got so involved with it that they completely burned out. They wanted to use the service intensively for a while, and then take a break until they had time to devote to it again.

What do we do now?

Since the research revealed that it was not a usability issue, but rather a usage pattern issue, we recommended the client build a new revenue stream by offering a new membership model. 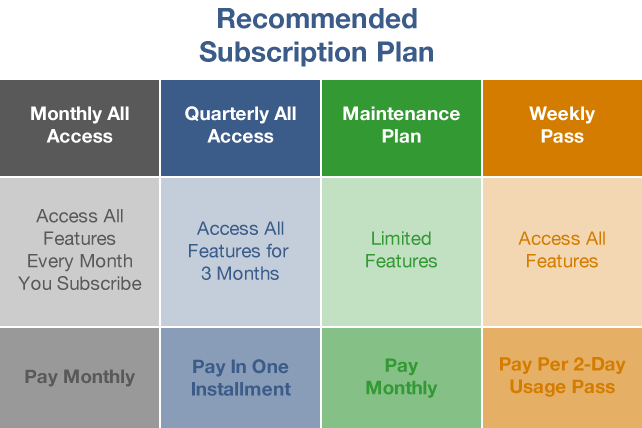 The current monthly subscription model was either subscribed or unsubscribed with no in between, and that didn’t align with customer’s preferred usage patterns. In response, we suggested a subscription level that allowed the client to have consistent recurring revenue, but allowed the users to have access for a limited number of days in the week. The user could deep dive and rest, without being charged for the time they took off.

This case study was a great example of how a focus on understanding why people behave the way they do can help us build much better customer solutions. Had this client just followed their original hypothesis rather than getting to the “why” behind the churn data, they would have found some usability issues to fix but they wouldn’t have uncovered a new revenue stream.

Get more examples of what else UX research can reveal

Amy Buckner Chowdhry founded AnswerLab over a decade ago to help the world’s leading brands build better digital products. Under her watch, AnswerLab has grown to become a trusted UX insights partner to companies like Google, Facebook, Amazon and more. She was named one of Fortune’s 10 Most Promising Women Entrepreneurs, one of EY’s 10 Entrepreneurial Winning Women, one of San Francisco Business Times’ Forever Influential Women Business Leaders, and Watermark’s Top 10 Women Who Have Made Their Mark. More about Amy→

Read More
Methodologies for Innovation: How Financial Services Brands are Taking a Holistic Approach with their Customers

Financial services brands are expanding into new territories and taking a more holistic approach towards their research....