Why We Need to Disrupt Perfectionism for More Inclusive Workplaces 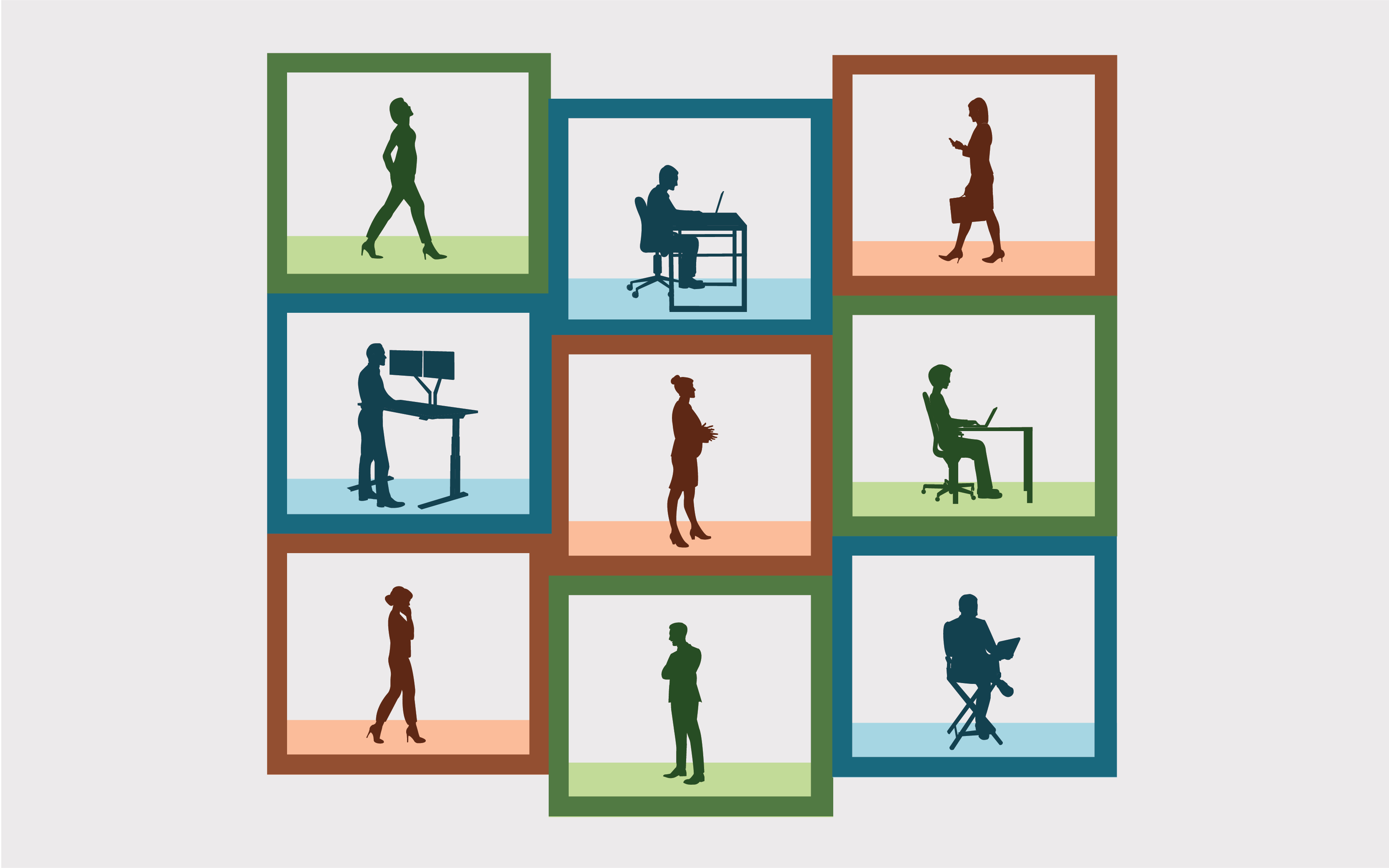 This article is a part of The Human-Centered Work Project, a hub of research-based insights and resources on redesigning work. The following insights come from research illuminating ways that white supremacy culture may be expressed in the remote workplace to provide tools and guidelines to help allies move forward with impactful cultural workplace change.

How many times have you read, then reread an email before sending it to a colleague, only to find a small mistake right after you hit ‘send’? Maybe you’re afraid your colleague will notice the error because it feels like a direct reflection on yourself. We often strive for perfection, but why?

The American workplace values perfectionism. The work you produce is a reflection of you as an employee and as a person.

As we began our research with Black, Indigenous, and People of Color (BIPOC) employees, we looked to Tema Okun’s work on white supremacy culture. She explores how certain white-dominant qualities are ingrained into corporate America, from harmful definitions of professionalism to problematic management methods that create environments less inclusive for our BIPOC colleagues. The unattainably high standards of “perfectionism,” which leave no room for mistakes or growth, is another clear example.

Everyone experiences negative aspects of perfectionism in the workplace; however, BIPOC employees experience it at a higher rate with more devastating outcomes. Throughout our research, the people we spoke with recounted times where they were either not supported or trusted, or worse, punished for not achieving a white standard of perfectionism, which in many cases is unrealistic regardless of race, gender, or background.

In this article, we explore aspects of perfectionism through the stories of our participants, including how:

Obsession with form gets in the way of striving for excellence

There is a difference between perfectionism and striving for excellence. Perfectionism is often billed as an obsession with conforming to a set standard, the pressure of which can inhibit the motivation and confidence needed to do excellent work. Instead of focusing on a commitment to doing your personal best or creating a culture where team members can make mistakes and learn from them, we heard stories of managers who were focused on small details like using the right font or having perfect language skills. This doesn’t create an inclusive and open culture.

This obsession over form and an unattainable “perfect” standard led people to overlook the bigger picture of an employee’s skills and contributions.

A young, Black office manager, Jade*, told us about a time she coordinated an office party. She put in significant time and effort to ensure everything went smoothly. In particular, so people with dietary restrictions and food allergies would know what was safe for them to eat, she made tags for each dish listing the ingredients. The party was popular and everyone had a great time. However, Jade was chastised for not using the correct font on the food tags.

“They wanted to put me on a PIP, a performance plan, because I did the name tags [incorrectly]. We had a huge [celebration] for the office and I mean, everybody loved it! [They said] ‘This is the best one we’ve ever had! Oh my gosh!’ I did tags for each dish and the person who made [the dish], and [the tags] had what it had in it for allergies. And I didn’t use the font. So because I didn’t use the font, [they made the assumption] I didn’t know [the] branding.”
- Jade

Requiring external branding for a casual employee event, and punishing Jade for not following it, signals unnecessary perfectionism. And Jade felt strongly that she, as a Black woman, was scrutinized in a way that wouldn’t happen to a light-skinned or white coworker. Her manager assumed the false conclusion that she “didn’t know [the] branding” based on party tags, which were not client-facing at all. This obsession with form (using the right font) caused people to disregard the substance of what she did, which was creating an enjoyable, inclusive, and safe party experience.

We spoke with Arav*, a male South Asian immigrant, who felt pressure from companies to be a perfect orator. He felt the most important qualification for getting promoted at his company was being an effective communicator. Arav witnessed people who talked their way up the ladder get promotions without any practical, technical knowledge. He found this frustrating and shared that his peers from India often fell short in the communication sphere and, ultimately, lost out on opportunities despite technical competence.

“They might be excellent operators, technically they are some of the best, but might fall short on communication and unfortunately the majority of US companies pay more attention to communication than the actual, real deal, right people...The bias is definitely there.” - Arav

Arav believes if companies choose to support their technical workers, instead of expecting them to become perfect communicators on their own, it would bring more talent to the companies and help people feel fully welcomed. It’s critical for companies to understand that there are a variety of different ways people communicate and being inclusive of different styles and modes of communication is crucial to creating equal advancement opportunities.

“From a company perspective, providing support to non-English or non-native speakers [is important], in terms of coaching or making us comfortable... If [support for spoken and written communication] is provided by the company, I think that can go a long way. Non-native speakers would think ‘Hey, that company is really valuing diversity! They really want me here and they are providing all the support to me!’” - Arav


Biased assumptions about skill lead to lack of opportunity

A lack of appreciation and trust in someone’s ability can lead to exclusion. Many BIPOC employees we spoke to felt they experienced higher standards than their white colleagues and needed to “knock it out of the park” to be recognized and appreciated for their work.  We heard from several BIPOC employees that they felt that they had to work twice as hard as their white counterparts to be viewed at parity.

A participant we spoke to, Safiya*, shared that when she first entered the tech industry, she “saw clearly how people expected very little of me. To the point where it was actually insulting.” She’s careful not to blame her experiences on race or gender, but definitely feels they are part of the equation. Safiya shared how her constant feelings of exhaustion led her to embrace being her own advocate.

“The people getting [assigned] plum [projects] were not necessarily better or more equipped than I was. I won’t say it’s race or gender or whatever. But it’s a lot of these functions working at once. [...] They were given plum projects that demonstrated how awesome and capable they are (or aren’t in some cases). I see how these people, some of whom are my friends, were starting with a higher salary than I was. It’s exhausting."

“I am glad that I learned from these bad experiences and became a better advocate for myself and was willing to walk away to other spaces where I felt my value was more appreciated. But it still is heavy.” - Safiya

Eventually when Safiya was assigned a high priority project, she “killed it” and ended up earning a promotion after several frank conversations with her manager. She felt she had to deliver perfect results to be recognized and appreciated for her work.

Becoming aware of the inequalities of starting salary, work assignments and performance expectations, Safiya learned to be her own advocate. This support was not inherently available in her organization. How might Safiya’s experiences have been less exhausting if she had felt appreciated and included from the beginning? Perhaps things like her capacity to take on the plum assignments may have been a non-issue due to her gender or race or combination. Safiya feels that being her own advocate and having the ability to retreat to other spaces where her work is valued, has been the compromise that helps her show up and contribute.

Exclusion increases the severity and impact of imposter syndrome

Impostor syndrome is characterized by internalized feelings of doubting your accomplishments, skills, and abilities. People experience imposter syndrome for various reasons, many of which come from the debilitating perfectionism expected in corporate America. But it takes on another level of severity when you see yourself as an outsider in your workplace. This experience of feeling like an imposter is made worse for BIPOC employees when external forces enforce negative biases and stereotypes.

One of our participants, David, described experiencing intense imposter syndrome due to a series of factors, including moving from a community with a larger Black population to a vast corporate workplace which he found much more isolating. Despite two promotions and positive feedback, he still feels like an outsider. He “can’t enjoy things as deeply, even when I'm doing well.”

Early in his tenure at this new company, he joined an online professional network that allows anonymous employees to review their companies, including his. But immediately, he saw, “[how] people talk about Black people, and I actually deleted the app because I [was] new [to] the Bay and I could already see there's not a lot of black people here. [...] I don't even have the mental capacity to read this right now.”

“I know how people at my company talk about Black people, at least a subset of them.” - David

He could see the connections between what people were saying privately about Black people on the app and what they said publicly at work. To hear people use ignorant terms like “diversity hire” made him feel even more like an imposter and isolated and excluded from his new community. As a result, he continues to feel his praise and accomplishments aren’t deserved.

“It just wasn't healthy for me to have at the front of my mind.” - David

When we asked him how he thought it might be different working remotely for a company with predominantly black employees, he shared:

“Imposter syndrome [would] be less of the thing, that's for sure, because I think if I experienced imposter syndrome with validation, like the reviews or promotion, I think it would go away rather than always being this [situation where] I don't really know if I belong.” - David

Learn more about the origins of The Human-Centered Work Project and sign up to be the first to receive the latest findings and resources.

Delvin Edmond is a Diversity & Inclusion Researcher at AnswerLab. His passion is for conducting research that focuses on marginalized and underrepresented communities. Delvin was instrumental in conducting research with Black Indigenous People of Color (BIPOC) employees in remote corporate culture for the Human Centered Work (HCW) project. In his current role, Delvin supports the People and Culture team by conducting internal research on recruiting processes and tools. More recently, Delvin has helped AnswerLab introduce Employee Resource Groups (ERGs) to the organization. Delvin holds a master’s in Cognitive Psychology from New Mexico State University.

The year of 2020 has brought rapid social change. The COVID-19 pandemic has driven fear across the country - fear about ...

Read More
From Fear-Based to Trust-Based Organizations: 8 Predictions for the Future of Work