Inclusive Workplaces Must Be Aware of the Many Shades of Black

How colorism affects the experiences of Black employees in corporate America 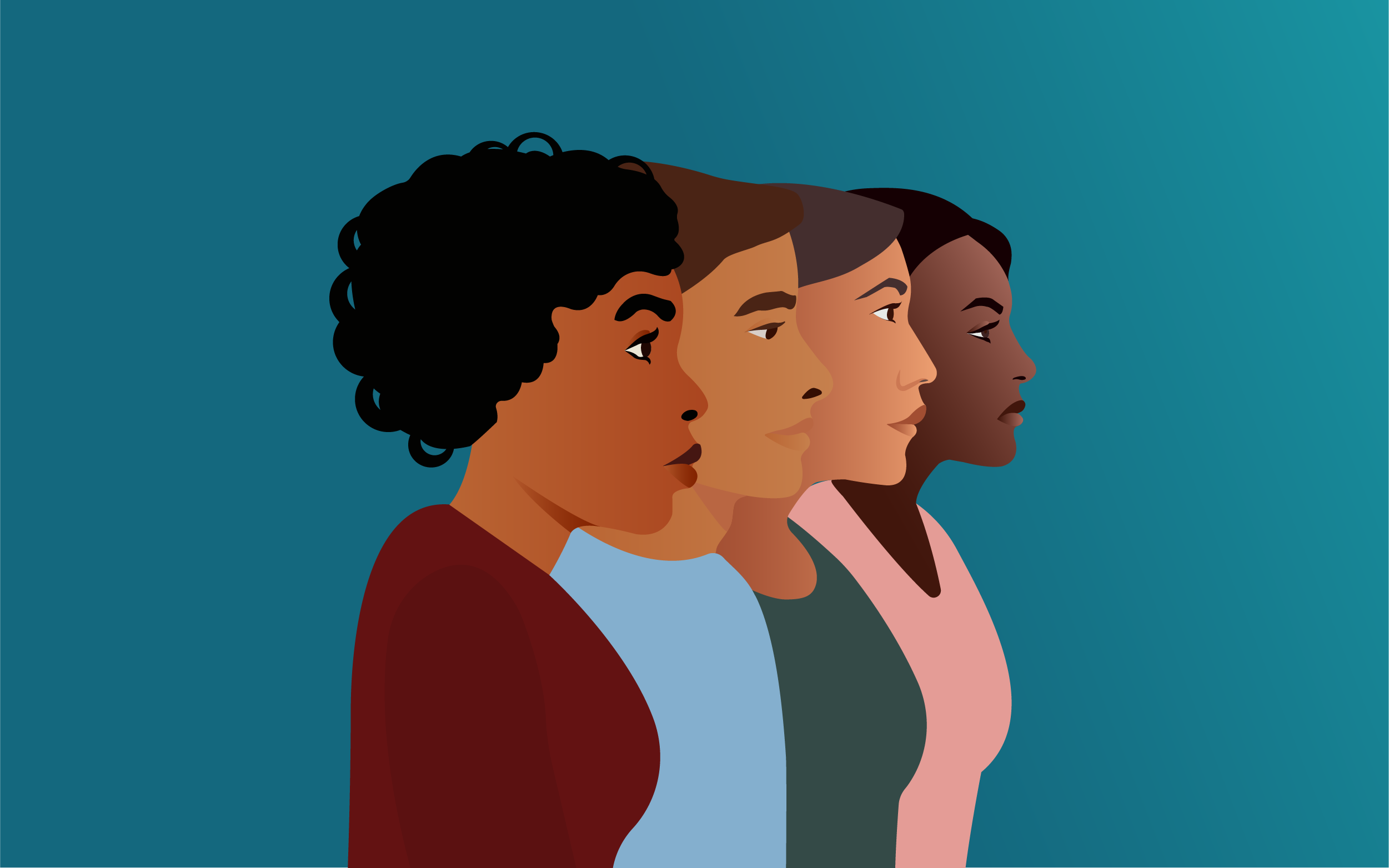 This article is a part of The Human-Centered Work Project, a hub of research-based insights and resources on redesigning work. The following insights come from research illuminating ways that white supremacy culture may be expressed in the remote workplace to provide tools and guidelines to help allies move forward with impactful cultural workplace change.

In our research, we spoke with Black Americans and African-born immigrants about their heritage and the distinct attributes that set them apart and make them unique in this world.  Much of the feedback we heard was around the impact that their heritage and ethnicity has had on them in the workplace. Working for mostly Fortune 1000 companies, their ethnicity shaped how they view the world and their place in it. In some instances, there was a shared Black experience and, in others, very different lived experiences. Though they may be few in numbers, in most corporate organizations, Black employees can have vastly different experiences.

Regardless of their country of origin or skin tone, the Black participants we spoke with identified themselves as Black — not BIPOC, not African American, not anything else.

BIPOC of African descent have been addressed by various labels since slavery. The term Negro was given to their African slaves by the Portugese which is the Portugese/Spanish word for black. The United Negro College Fund established in 1944 chose to use the term in the naming of the philanthropic organization. The term Colored was used predominantly during the Jim Crow era and is now considered an ethnic slur. During its era, the term was used in naming the NAACP in 1909.

It was not until the Civil Rights movement and the Voting Rights Act of 1965 that Negro and Colored became obsolete and were replaced by simply the term Black. Black was synonymous with liberation and Black people celebrated their place at the table with civil activism such as the Black Power movement and uplifting mantras like “Black is Beautiful” and “Say it loud, I’m Black and I'm proud”! For more than 20 years, the term Black was embraced by Black Americans as a term that not only described their skin color but also a common struggle, plight, and reality.

It was not until the late 1980’s that political activist Jesse Jackson and other scholars popularized the term African American, giving rise to yet another term to call Black Americans.  The name was intended to link Black Americans to a land of origin. The term has since been fraught with controversy. It's a term that has been adopted by some, accepted by many, and flat out rejected by others.

During his interview, Barry* shared that although he is biracial with a white mom and black dad, he still identifies as Black.

“I am biracial. My mom is Polish-Sicilian, dad is Black and Indian. I consider myself to be Black. I do sometimes refer to myself as biracial and that does not take away from me being Black. Biracial pays homage to my mom because I am not ashamed she is a White woman and that's part of who I am.” - Barry

“I describe myself as a Black American. I was born in Atlanta, Georgia and grew up in a southern Christian conservative household. If I were to have a candid conversation with a close friend, I would describe my skin tone as Brown or Chocolate. But “Black” is the term I use for most folks as this is not only the skin color identifier but also my racial identifier. Black Americans are amongst the only group in the world that has had our history completely erased from us without knowledge of any of our past religions, languages, cultures, traditions, tribes, etc. It really is a pain that all of my friends can wave a flag from their ancestry, even if they are multi-generational Americans.” - Al

Another participant, Al* recognizes the impact that being raised in America has had on his Black identity. He felt that by being born in the United States, his cultural experiences set him apart from Blacks from other countries or parts of the world. He shared that it was important to make this distinction in how he culturally identifies. When he was younger, there was dissonance in identifying as African American because he didn't know anything about his African ancestry.

“I describe myself as a Black American. I was born in Atlanta, Georgia and grew up in a southern Christian conservative household. If I were to have a candid conversation with a close friend, I would describe my skin tone as Brown or Chocolate. But “Black” is the term I use for most folks as this is not only the skin color identifier but also my racial identifier. Black Americans are amongst the only group in the world that has had our history completely erased from us without knowledge of any of our past religions, languages, cultures, traditions, tribes, etc. It really is a pain that all of my friends can wave a flag from their ancestry, even if they are multi-generational Americans.” - Al

Imani*, also Black American, identifies as Black and although African American is acceptable to her, she feels the term is too politically loaded and too broad to properly identify the spectrum of people of the pan-African diaspora. She also touched on Al’s comments by acknowledging that using the term African to refer to all Black people is assumptive and incorrect.

"I typically just prefer to be referred to as ‘Black’ although I’m also receptive to the term ‘African American’, it’s just that it oftentimes seems to be used by people who are trying too hard not to appear racist. I also recognize that the term is essentially used to refer to Black Americans, but not all Africans are black and not all black people would identify as African.” - Imani

Safiya* identifies as Black. Although she’s an African-born immigrant, she does not identify as African-American. She pointed out the distinction of what it means to be Black versus African American to her in her response.

“I describe myself as Black but not African-American. I see the immigrant Black community and experience as distinct from the African American experience and like to make the distinction out of respect for both entities.” - Safiya

“White Americans view Black people as a blanket or even synonymous with words like inner-city or urban; these things have become a paintbrush to paint as Blackness. There are rich and bougie Black people. There are Black people who can speak multiple languages and are world travelers. There are Black people, who like my mom, are very light skinned, and a lot of people think that she is Indian or Latina. And there are Black people who walk through this world and aren't even treated like Black people or are so racially ambiguous that people look [at them like], ‘what are you’? You know that classic question, ‘what are you’? So, there's a wide range of Blackness and when you see people, especially our politicians, that are running this country creating laws that affect these people within these communities, It's disheartening to see that they just view blackness as a monolith.” - Al

While most people we spoke with saw African American as a loaded or an incorrect term to refer to all Black people, Black was universally accepted among the Black people of color in this study.

Build awareness of the diversity of Black experiences

Although participants identified as Black regardless of their country or continent of heritage, this doesn’t mean that all Black individuals’ experiences are equal. Many of the professionals we spoke to ascribed their positive or negative experiences in the corporate world to their skin tone.

Colorism is the unfortunate byproduct of white supremacy. It is the notion that “white is best” and that the darker you are, the less important, beautiful, capable and the less human you are. Light privilege, ingrained in proximity to whiteness, is spread across all groups of color and is most notably rooted in cultures and countries that have experienced colonization or slavery. Studies have shown that wages among Black people rise as skin tone lightens. Also, lighter skinned minorities are viewed as more intelligent even with identical education levels.

While interviewing BIPOC and their experiences in corporate America, the topic of colorism came up naturally. Our participants shared a variety of different perspectives of how colorism directly benefits them or causes angst. Omar* shared about his ethnic heritage and talked about benefiting from his mother's lighter hue. This makes him less obvious (almost invisible) as a Black person of color in corporate America.

“I am somewhat lucky in this day-and-age that my African mom has lighter-colored skin. When describing my heritage, I tell people that I am a mix between African and Indian. Most people look at me and see brown skin and assume Indian, but that’s just because of my mom’s light complexion, despite her being Tanzanian. Mixed with my father’s traditional dark African skin color, I tend to blend into society more than the normal Black person.” - Omar

“When it comes to skin tone, the politics are felt more so within the Black community. I continue to see a trend where mixed and lighter skinned Black folks are often the leaders of employee resource groups, in much the same way the Malcolm X’s and Angela Davises of previous generations somehow were also the face of Black liberation movements or like we see in the entertainment industry where almost every prominent Black female actress of Gen Z is a mixed race Black woman: Yara Shahidi, Amanda Stanberg, Zendaya etc. ... this trend is connected to White supremacy, colonialism, racism etc. But the Black community itself upholds some of these antiquated structures. I see this in the professional realm, mainly in terms of who I see as the face of diversity and inclusion efforts. The Black umbrella is so wide and yet it’s certain faces that get to be the spokespeople for it. I don’t know what the answer for this is.” - Safiya

Privilege being tied to lighter skin complexion is something that has been well documented. Phrases like ‘light-skinned or fair-skinned’, ‘red-boned’, ‘high-yella’ and ‘good-hair’ are examples of language that highlight Eurocentric standards of beauty by Black people of color. It is common to experience colorism in one's own community. The nature of colorism disrupts solidarity. It is a topic that is often taboo, held inside, and can very much impact how darker-skinned employees show up in the workplace.

Delvin Edmond is a UX researcher with over 15 years of experience conducting digital and hardware UX research. His most significant professional accomplishments have been in hardware research and design. He received a product patient and successfully delivered several hardware products to the market from concept to production. Delvin is passionate about conducting research with marginalized and underrepresented populations.

Read More
From Fear-Based to Trust-Based Organizations: 8 Predictions for the Future of Work